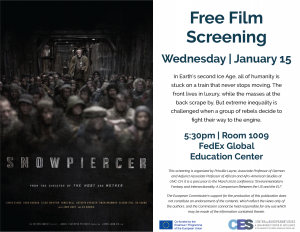 Snowpiercer is a 2013 science fiction action film based on the French graphic novel Le Transperceneige. The movie takes place aboard the Snowpiercer train, operating on a globe-spanning track. An attempt at climate engineering in order to stop global warming has unintentionally created a new Snowball Earth, and the train carries the last remnants of humanity. The film follows the lower-class tail section passengers as they lead a revolution against the elite of the front of the train. A South Korean-Czech co-production, the film is directed by Bong Joon-ho, and written by Bong and Kelly Masterson. Read a New York Times review of the film.

This screening is organized by Priscilla Layne, Associate Professor of German and Adjunct Associate Professor of African, African American, and Diaspora Studies at UNC-CH. It is a precursor to the March 2020 conference “Environmentalism, Fantasy and Intersectionality: A Comparison Between the US and the EU“. This screening is co-funded by the Erasmus+ Programme of the European Union. 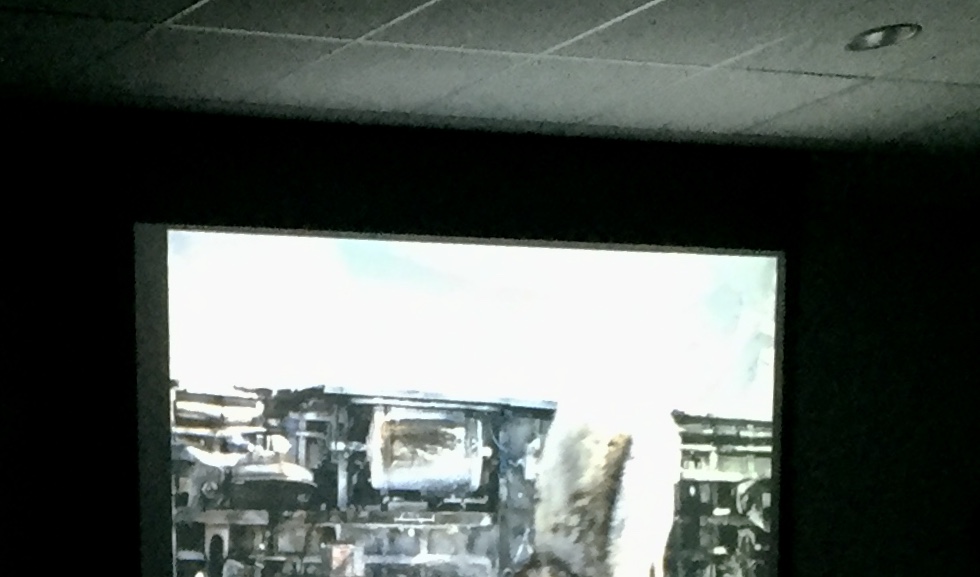 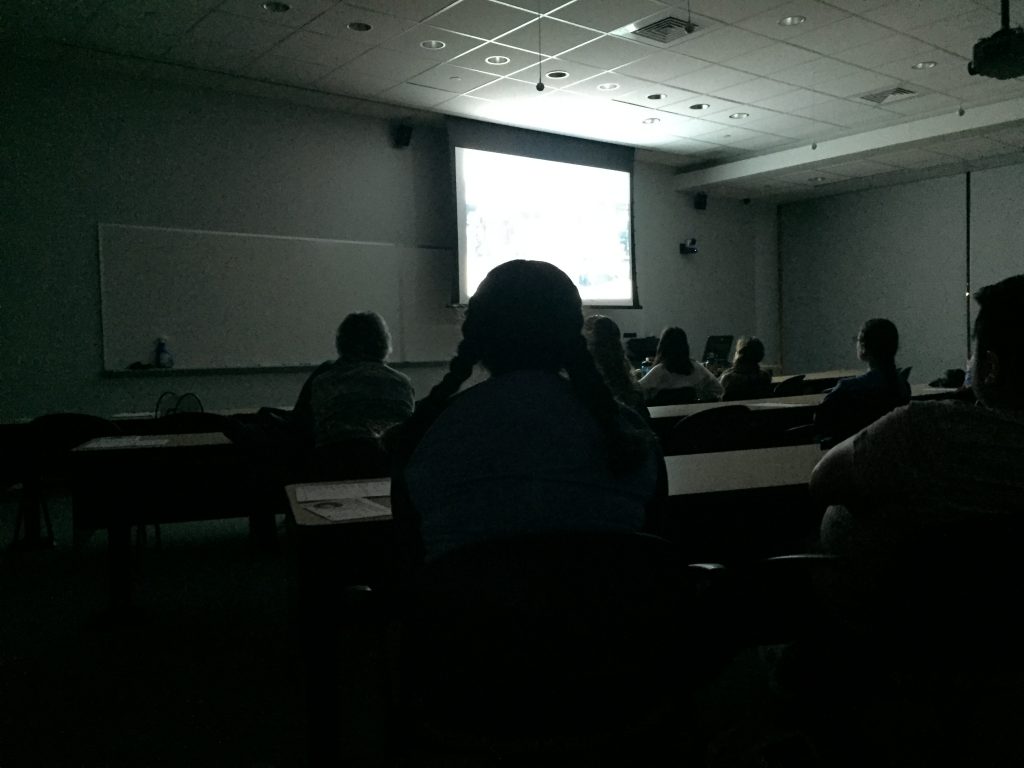 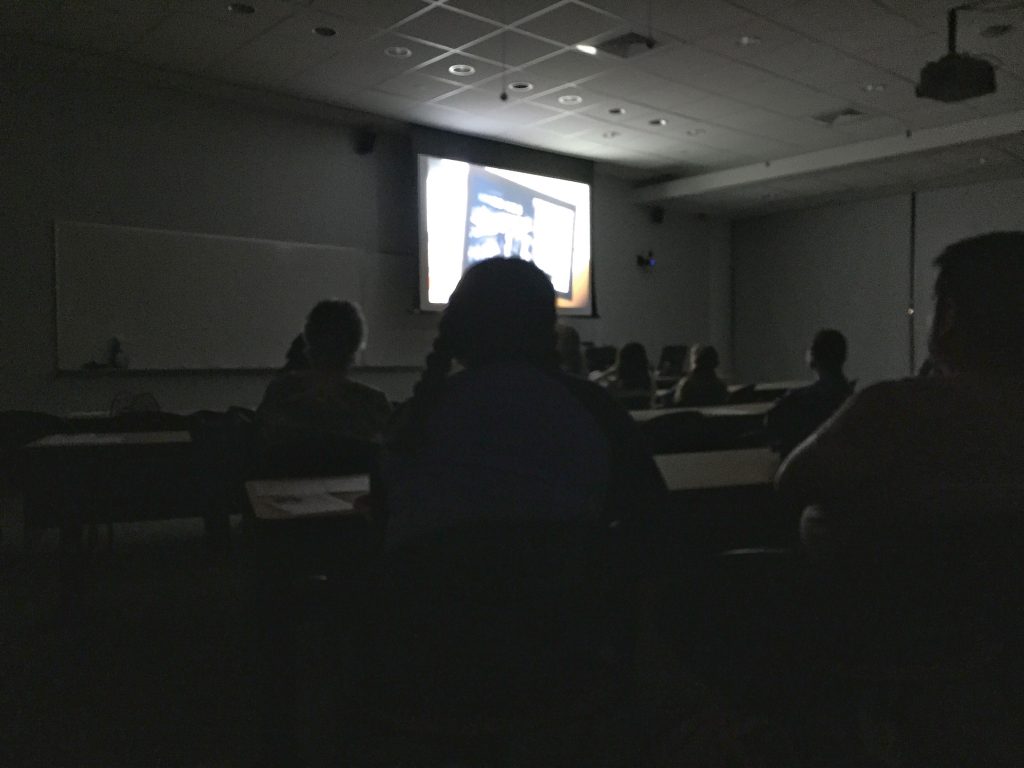 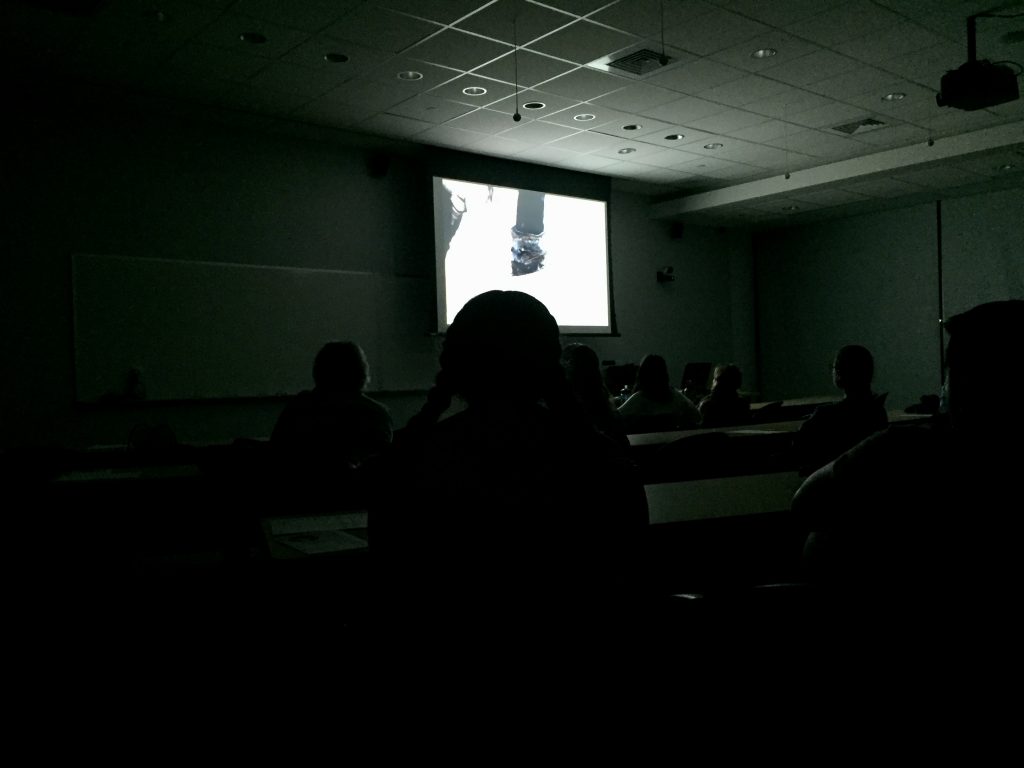