Transatlantic Antifascisms: From the Spanish Civil War to the End of World War II

Antifascism has received little attention compared to its enemy. No historian or social scientist has previously attempted to define its nature and history – yet antifascism became perhaps the most powerful ideology of the twentieth century. Michael Seidman fills this gap by providing the first comprehensive study of antifascisms in Spain, France, the UK, and USA, with new interpretations of the Spanish Civil War, French Popular Front, and Second World War. He shows how two types of antifascism – revolutionary and counterrevolutionary – developed from 1936 to 1945. Revolutionary antifascism dominated the Spanish Republic during its civil war and re-emerged in Eastern Europe at the end of World War II. By contrast, counterrevolutionary antifascists were hegemonic in France, Britain, and the USA. In Western Europe, they restored conservative republics or constitutional monarchies based on Enlightenment principles. This innovative examination of antifascism will interest a wide range of scholars and students of twentieth-century history. 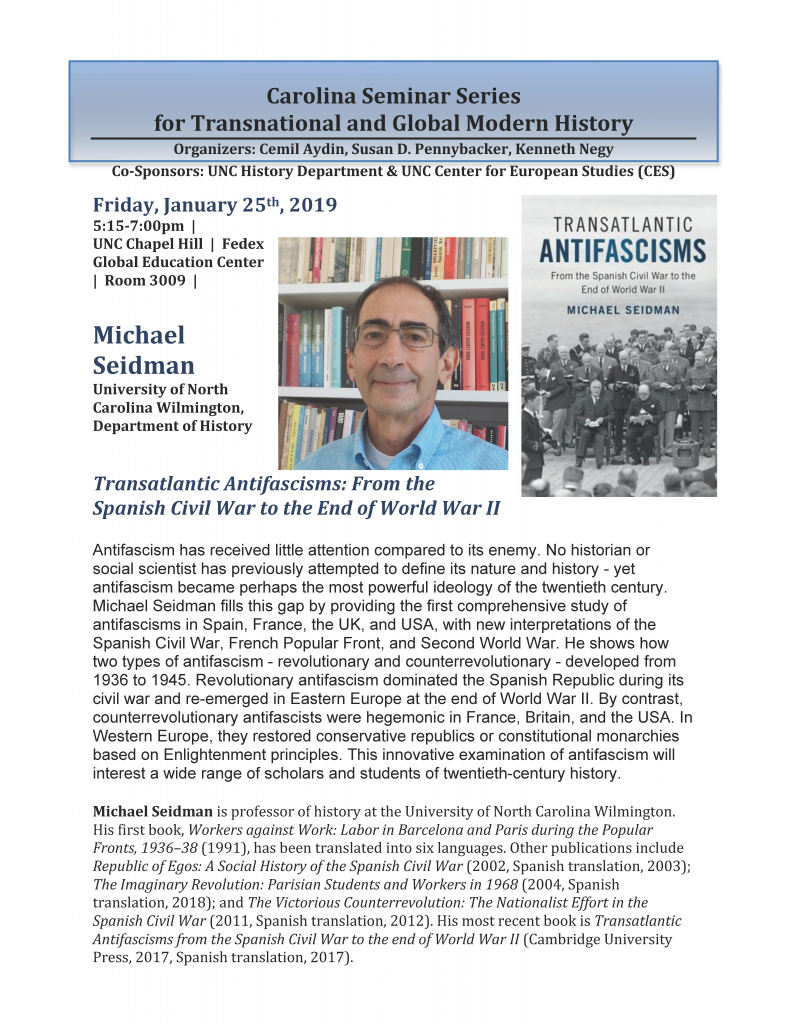