How might international economic ties help to improve working conditions and human rights in Global South countries? This panel focuses on how the European Union, as well as its member governments, might use economic relations to shift firms’ and governments’ practices. Panelists discuss the inclusion of labor-related conditions in preferential trade agreements as well as unilateral trade preference programs (the Generalized System of Preferences); as well as the possible use of due diligence and transparency legislation to address a range of issues, including forced labor, in global supply chains.

Genevieve LeBaron is Professor of Politics in the Department of Politics and International Relations. Her research draws from international theory in order to understand forced labour and labour standards in the global economy. Based on original research gathered through field-based methods including ethnography, surveys, interviews, and supply chain mapping, her research investigates the vital role of forced labour in contemporary business, exploring why and how it emerges and the reasons for its resilience. She is particularly interested in how the changing nature, power, and ownership structure of corporations is impacting labour standards in the global economy. She also researches the effectiveness of corporate social responsibility and state-based regulation in combatting forced labour in supply chains.

LeBaron’s research has attracted international recognition within and beyond academia. She was elected to the College of the Royal Society of Canada in 2020 and has received several prizes, including the British Academy’s Rising Star Award, UK ESRC Future Research Leaders fellowship, and multiple best paper awards. She has been included in the 2018 UK Top 100 Corporate Modern Slavery Influencers and the 2017 global Top 100 Human Trafficking & Slavery Influence Leaders lists, alongside world leaders from the UK and US governments and industry leaders from companies like Apple and Ford. Her research has been covered widely in the media, including by The New York Times, Financial Times, Forbes, The Guardian, The Economist, and the BBC.

LeBaron joined the University of Sheffield as Vice-Chancellor’s Fellow in 2013. Prior to that, she was a Canadian Social Sciences and Humanities Research Council (SSHRC) Postdoctoral Fellow at the Liu Institute for Global Issues at the University of British Columbia. She has held visiting positions at around the world, including at Yale University, the International Labour Organization in Geneva, the University of California, Berkeley, Osgoode Hall Law School, and Sciences Po, Paris.

In 2015-2016, she held the prestigious Human Trafficking and Modern Day Slavery Fellowship at the Gilder Lehrman Center for the Study of Slavery, Resistance, and Abolition, part of the MacMillan Center at Yale University, and continues to lead the Yale Modern Slavery Working Group, based at the Center.

Assistant Professor in Political Science Methodology | University of Innsbruck
Lisa Lechner is Assistant Professor in Political Science Methodology at the University of Innsbruck. She contributes to the TRADEPOWER project, a research project financed by a Consolidator Grant from the European Research Council, focused on cross-country variation in bargaining power in international trade negotiations. Her interests are trade policy, tax policy, diffusion, and issue-linkage. She enjoys applying and exploring new research methods, such as automatic text- and network analysis.

Professor of Politics and International Affairs | Princeton University
Layna Mosley is a professor of politics and international affairs in the Princeton School of Public and International Affairs and the Department of Politics. Her research and teaching focus on the politics of the global economy, as well as international relations more broadly. Mosley’s research investigates the connections between domestic politics and the global economy. Some of her work examines the effect of multinational production and global supply chains on workers’ rights in developing countries, as well as the ways in which U.S. trade policies might affect workers’ rights abroad. With respect to labor rights, she also is interested in efforts at private sector governance, such as the Bangladesh Accord on Building and Fire Safety. Another stream of Mosley’s research focuses on the politics of sovereign debt, and on how professional investors evaluate and react to political institutions and government policy choices. In the current era of financial globalization, these market reactions sometimes limit democratically-elected governments’ ability to meet the demands of their citizens. She also investigates how low- and middle-income governments manage their relationships with creditors, including how they decide whether to borrow from commercial banks or bond investors, and how they market themselves to potential bond buyers. Prior to joining the faculty at Princeton, Mosley was Professor in the Department of Politics at the University of North Carolina at Chapel Hill.

He was also awarded his PhD from the University of Sheffield. He has lectured at Sheffield since January 2008. He started as DAAD Lecturer in German Law (Fachlektor) and in 2013 he was appointed to a lectureship in commercial law.

He is particularly interested in the role of the home state of multinational enterprises in promoting greater CSR in global supply chains. In 2015, his book ‘Corporate Social Responsibility, Private Law and Global Supply Chains’ was published by Edward Elgar.

He also edited a book on the promotion of sustainable development in German law which was published in 2018 by Nomos. In his research, he also takes an interest in corporate governance, often with a comparative point of view.

Deputy Head of the Trade and Agriculture Section | EU Delegation to the US
Peter Young has a long and varied experience in EU trade policy. He is presently the Deputy Head of the Trade and Agriculture Section at the European Union Delegation to the United States in Washington DC. He took up this post in August 2020 and has the Diplomatic title of Minister Counsellor. Prior to this assignment, he was a Senior Expert in the Directorate-General for Trade at the European Commission in Brussels and was responsible for coordination and management of the EU’s trade relations with the United States. Between 2013 and 2017, Peter Young was Deputy Head of Unit in DG Trade, managing the EU’s trade relations with the Southern Mediterranean, Middle East and Gulf regions, a total of 19 countries and territories. He was in particular responsible for advancing bilateral relations, conducting trade negotiations and ensuring satisfactory implementation of existing EU Trade Agreements with Algeria, Iran, Iraq, Jordan, Morocco and the six member countries of the Gulf Cooperation Council.

Between 2010 and 2013, Peter Young was the Trade Counsellor at the European Union Delegation to India in New Delhi. Between 2007 and 2010, he was Deputy Head of Unit in DG Trade responsible for EU policy on Trade and Development, including the EU’s autonomous Generalised System of Preferences (GSP) scheme. Between 2003 and 2007, he served as First Secretary at the EU Delegation to the WTO in Geneva, representing the European Union in a number of WTO regular bodies and Doha Development Agenda (DDA) negotiating groups. Peter Young joined the European Commission, DG Trade, in April 1998, serving initially in the Unit dealing with WTO affairs, where he was responsible notably for WTO accessions and EU policy on regional trade agreements. Before joining the European Commission, Peter Young was Assistant Director (Head of Unit) in the United Kingdom Department of Trade and Industry. His career in UK Government service included a posting in Geneva as Second Secretary to the UK Mission to the GATT/WTO between 1992 and 1996. He has worked on trade policy issues for the UK and then the EU almost continuously since September 1989. 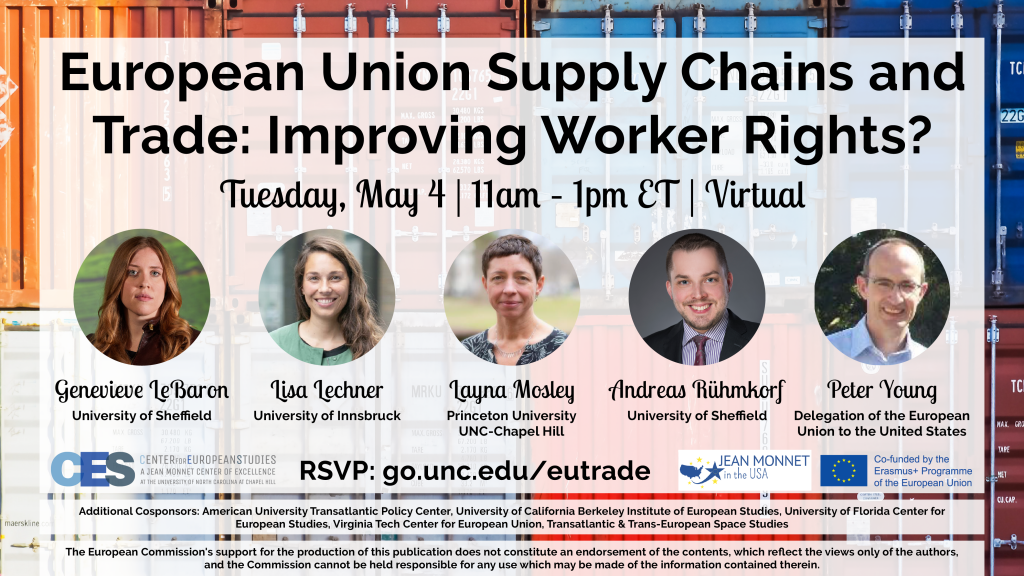