The Challenge of Ethnopopulism & Authoritarian Rule in Europe 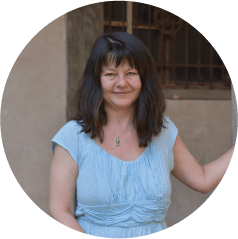 Professor Milada Anna Vachudova specializes in European politics, political change in postcommunist Europe, the European Union and the impact of international actors on domestic politics. Her recent articles explore the trajectories of European states amidst strengthening ethnopopulism and democratic backsliding – and how these changes are impacting party systems and the European Union. She is an Associate Professor of Political Science at the University of North Carolina at Chapel Hill. She is also part of the core team of the Chapel Hill Expert Survey (CHES) on the positions of political parties across Europe. She served as the Chair of the Curriculum in Global Studies at UNC from 2014 to 2019. Her book, Europe Undivided: Democracy, Leverage and Integration After Communism (Oxford University Press) was awarded the Stein Rokkan Prize for Comparative Social Science Research. She holds a B.A. from Stanford University. As a British Marshall Scholar, she completed an M.Phil. and a D.Phil. in the Faculty of Politics at the University of Oxford. She has held fellowships from the National Council for Eurasian and East European Research (NCEEER), the European University Institute (EUI), the Center for European Studies at Harvard University, the National Science Foundation, the Center of International Studies at Princeton University and many other institutions.