“EU Politburo” or “Truly European Literary Authority” – How ‘European’ is the European Union Prize for Literature?

The first part of this title refers to two quotations. The first one by Adam Thorpe expressing his reservations against EU involvement in literary matters; the second one is by Pascale Casanova who explored European literature as a ‘literary space in the making’, as ‘Europe’ is currently lacking ‘literary authorities’ considering themselves as primarily European (she poses the question whether the EUPL and other European literary prizes could be such authorities).

In my talk, I plan to focus on what makes the EUPL so interesting, namely the tensions between literature and politics in this specific context. To what extent does it promote EU identity engineering and to what extent does it promote ‘legitimate’ literary texts and authors? The answer lies, of course, somewhere in between, which points to the complex interplay of interests in the EU as well as European literature (understood as such a literary space in the making as proposed by Casanova). 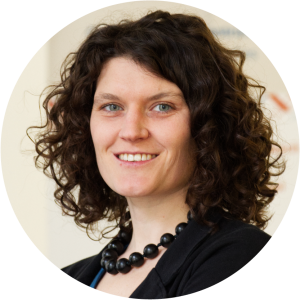 Anna Schoon is a PhD student at the Centre for British Studies at the Humboldt University of Berlin. Having graduated from Mannheim University (B.A.) and Saarland University (M.A.) in 2012 and 2015 respectively, she pursued her interest in interdiciplinary research and European literature with a research project on the European Union Prize for Literature (funded by the Berlin Senate Elsa Neumann scholarship from 2017-2019).
Register for the Event