All of our events are open to the public! No matter who you are, you are welcome and we'd love to see you there.

Please mark your calendars and save the date for the next TransAtlantic Masters Program alumni panel! We are planning to hold our panel discussion on Friday, March 19th. These alumni events provide an excellent opportunity to find out more about TAM and to meet program graduates, students, administrators, and professors. Alumni will talk about their experience in the program and their career trajectory.

Please RSVP for this virtual event. We hope to see you there! 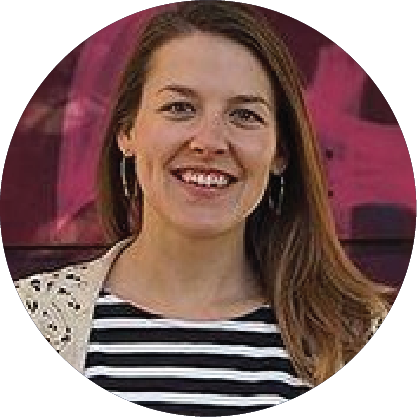 Katja Greeson is an Alexander von Humboldt Foundation German Chancellor Fellow with the Arbeitskreis Deutscher Bildungsstätten (AdB), and member of the UNC TAM Class of 2019. Her current experiential research on German and US youth civic learning policy and practice combined with her academic background in transatlantic politics has demonstrated how integral people-to-people and civil society exchange is to the European-US relationship in facing today’s most pressing challenges. Before making the brilliant choice to join TAM, Katja worked on several North Carolina political campaigns and at the Democratic National Committee in Washington, D.C.

Camilo Ramirez studied in Madrid and interned with CNN-Spain. He started his career in D.C. as a political fundraising intern on Capitol Hill. He then worked for the World Resources Institute for several years, then with Human Rights Campaign, and later for CPA, a boutique events shop that organizes special events around the greater Washington, D.C. area. Camilo then assumed the role of Event Strategist at the Brookings Institution in DC. He is now the Senior Director of External Relations at Brookings.

Leslie Small became Georgia Engaged’s first executive director in June of 2016.As executive director, Leslie is charged with organizing social welfare groups committed to achieving the vision of a better, fairer, healthier Georgia through the development of collaborative nonpartisan civic engagement and policy strategies. Leslie’s career in politics began in 2003 with Congressman Bob Etheridge (NC-02). From there he worked with Congressman John Lewis (GA-05) in his Washington, DC, Atlanta and campaign offices. Leslie received his bachelor’s and master’s degrees in political science from The University of North Carolina at Chapel Hill. He’s a 2005 graduate of the TransAtlantic Masters program where he studied at the University of Bath in Bath, UK and Charles University in Prague, CZ. He is currently a doctoral candidate in political science at Clark Atlanta University. 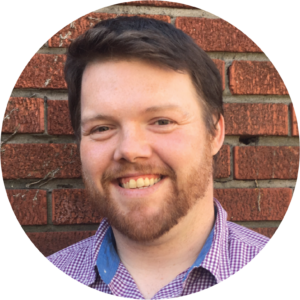 Tobin Williamson ’13 is employed by KentuckianaWorks, the workforce development board for the Louisville, KY region and part of Louisville Metro Government. Prior to his current role, Williamson worked in two U.S. Congressional Offices and two Consulates General (Japan’s in Seattle and the Czech Republic’s in Chicago). His Congressional experience focused on constituent services and community outreach related to immigration, veterans, and labor issues. He was also a Congressional intern on Capitol Hill as an undergrad. His undergraduate degrees are a B.S. in Geography and a B.A. in International Relations from the University of Central Arkansas in his home state. For the TAM program, he spent semesters at Charles University in Prague, CZ and the University of Bath in Bath, UK. Since graduating from TAM in 2013, he has been based in Seattle, Chicago, and Louisville. He was selected to the 2019-20 cohort of the Indiana Emerging Leaders project and the 2019 class of the Progressive Change Campaign Committee’s National Candidate Training.