Female Founders: Starting a Successful Women-Owned Business in the US and Europe

The Triangle British American Business Council of NC (Triangle BABCNC) and the UNC Center for European Studies (CES at UNC) have organized a panel of female entrepreneurs and experts to offer their perspectives on starting their own successful businesses in a wide range of fields both here in North Carolina and in Europe. Each will offer their own recipe for success and the various ingredients needed. They will provide their advice to potential entrepreneurs on using digital media, collaborations, and mentorship. The panel will give a platform to the unique perspective of female business founders in order to provide our audiences with a better understanding of just what it takes to start your own successful business both in the US and in Europe.

This event is free and open to the public, but registration is required.

Director, Office of Social Innovation, Innovate Carolina | Based in Chapel Hill, NC
Melissa Carrier is a professor of the practice in the Department of Public Policy and the director of the Office of Social Innovation at UNC-Chapel Hill. She is the founder and former executive director of the Center for Social Value Creation at the University of Maryland’s Robert H. Smith School of Business. Melissa joined the Smith School in the 2006 after a decade of leading organizational growth for technology companies. Before launching the Center for Social Value Creation in 2009, Melissa led venture investment programs at the Dingman Center for Entrepreneurship. During this time, she noticed increasing student interest in working for and creating companies that address social and environmental issues through the tools of business. She created the Social Venture Consulting program, a platform for students to apply their skills in designing scalable solutions for nonprofit and social enterprise organizations. At the Center for Social Value Creation, Melissa led the Center’s strategic direction across co-curricular programs, curricula, research and career. In collaboration with the Provost’s office, Melissa led cross-campus initiatives to embed social entrepreneurship at the University of Maryland and served as UMD’s Ashoka U Changemaker Campus Change Leader. Melissa taught undergraduate and graduate courses in social entrepreneurship and sustainability, receiving the Top 10% teaching award each year. She also served as Assistant Dean for the Office of Global Initiatives. 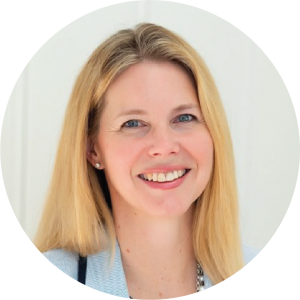 Founder of Miss Macaroon, a Social Enterprise Company | Based in Birmingham, UK
Rosie Ginday is founder and managing director of community interest company Miss Macaroon, the only patisserie in the world that can Pantone colour match macaroons. Inspiration for the business came from Ginday’s first job. Waiting on tables in her home city of Coventry, she’d find herself chatting to homeless people as she waited to be picked up at the end of her shift. “I got to know a couple of people and one young guy’s story really resonated with me,” she says. “He went to uni, and his mum passed away in a house fire. He fell to pieces and suffered with mental health problems and I thought: ‘If that was me, I’d feel exactly the same way.’”

She trained in professional cookery at University College Birmingham before taking a job at Michelin-starred Purnell’s in Birmingham City Centre. Here, the technical skill level of the people crafting desserts was amazing. It was later on while working at the Hyatt Regency Hotel that she came up with the granular detail for Miss Macaroon.

Miss Macaroon works with organisations such as the Department For Work And Pensions, prison probation programmes, care leavers’ services and women’s refuges to recruit trainees. Interested people attend a taster day and can then self-refer to the full course. Not all trainees go on to work in food – though some do – but the emphasis is on getting people into employment, whatever that looks like. Tours of local kitchens build networks, mentoring from graduates of the programme enhance aspirations, and everyone leaves the course with interview practice, an up-to-date CV, a five year plan and help applying for jobs for up to six months.

Her work saw Ginday invited to the Royal Wedding of the Duke and Duchess of Sussex and hosted HRH the Countess of Wessex at Miss Macaroon to meet the MacsMAD trainees and graduates.

On hearing of her New Year’s honour MBE nomination she said “I couldn’t believe it, I was in complete shock for about two days. I feel really humbled to have been chosen for our work at Miss Macaroon helping long term unemployed young people into work. It will be a huge boost to our work, youth unemployment figures stubbornly high in the city and there is a continual need to upskill and build the confidence of our young people.” 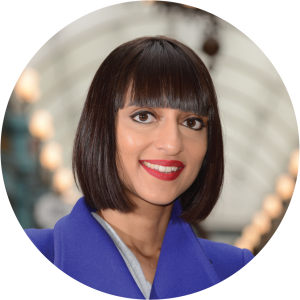 Founder of POW! Menstrual Cycle Tracker App | Based in Oslo, Norway
Benedicte Raae is the developer behind POW! – the private and flexible menstrual cycle journal. With a developer mom, she had free access to the Internet from an early age, but it was actually her Norwegian teacher that introduced her to HTML in 1997. Since then, she has created countless apps, services, and sites. Both for fun and profit. Benedicte holds a Master’s in computer science. 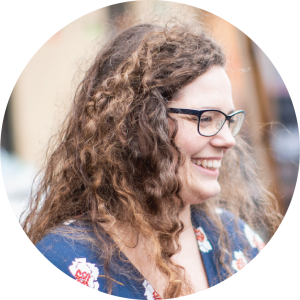 TSEC has won many international awards for their work and Sally’s personal accolades include International Event Producer of the Year from Event Solutions Magazine, Lifetime Achievement Award from the International Live Events Association (ILEA), the Steve Kemble Leadership Award for outstanding contributions to the Special Event Industry and in 2018 received the highest accolade of Lifetime Achievement Award at The Special Event Show.

Sally is a regular lecturer on event management across the globe at industry conferences and universities. Before moving to the US in 2005, Sally was a founding member and former President of ILEA in the UK. She is also founder of the AEP, Academic Event Professional Conference, now in its 14th year as one of the leading professional development forums for campus planners.

Sally is the currently the Chair of the event industry certification program revamp taskforce, and lives in Cary with her husband Grant Berry, who is a professional caddie on the PGA Tour. 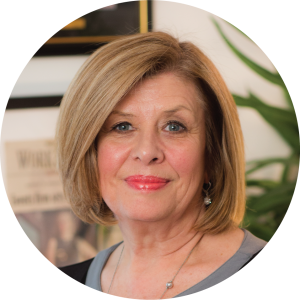 Moderator
Executive Director, UNC Center for European Studies
Katie Lindner joined the UNC Center for European Studies in 2015 from the Humboldt-Universität zu Berlin where she spent many years managing and organizing programs including TAM, Euromasters, German-Turkish Masters as well as the international doctoral program at the Berlin Graduate School of Social Sciences. She focused on such aspects as program development, student and career services, international recruitment, and collaboration with international partners. Katie has a BA in International Studies from UNC-Chapel Hill and an MA in Trans-Atlantic Studies (TAM Program) from the Humboldt-Universität zu Berlin. Before moving to Berlin, she worked at the International Visitors Council in RTP, which is where she discovered her love of organizing programs and international education. In 2015, she moved back to Chapel Hill with her husband and three children after sixteen years in Berlin, and has been enjoying the North Carolina sunshine immensely. 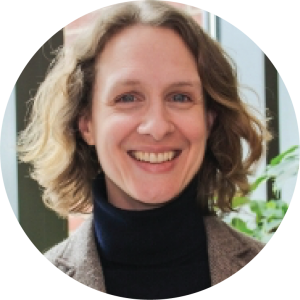