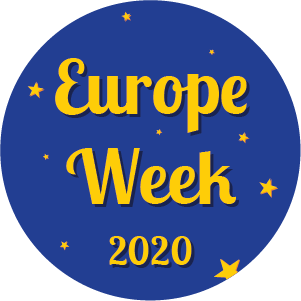 Join us for a visit from European consuls general based in Atlanta, Georgia! Meet the Consuls General representing Belgium, Germany, and Ireland.

Consul General William De Baets took up his position at the Consulate of Belgium in Atlanta in 2016. His jurisdiction covers Alabama, Arkansas, North-Carolina, South-Carolina, Florida, Georgia, Kentucky (Except the counties Campbell and Kenton), Louisiana, Mississippi and Tennessee. Mr. De Baets brings to this posting 16 years of diplomatic experience acquired in Ivory Coast, Venezuela, Ethiopia, Brussels, where he headed the Foreign Affairs Crisis Center and B-FAST, and Washington, DC. In Washington he focused on political-military affairs under the leadership of Ambassador Verbeke. Before joining the diplomatic service, William De Baets served 9 years in the Belgian Navy, both on board and in headquarters.

Consul General Shane Stephens assumed his post in Atlanta in July 2015 as the second Irish Consul General for the US Southeastern region, responsible for Georgia, Alabama, Florida, Mississippi, North Carolina, South Carolina, and Tennessee. Since joining Ireland’s Department of Foreign Affairs and Trade in 2001, Mr. Stephens has served at Ireland’s Embassies to Tanzania, the Holy See, the European Union, Nigeria and Malaysia. Immediately prior to his current post, while working as Assistant Chief of Protocol for the Department of Foreign Affairs and Trade in Dublin, he was responsible for arranging many of President Michael D. Higgins’ visits abroad and incoming Presidential visits to Ireland.