US-Europe Alliance, in partnership with the Center for European Studies at UNC Chapel Hill, invites you to join the next installment in its ongoing Transatlantic Chats series. NC K-12 teachers Emily Burrus and Erica Smiley will discuss teaching the EU with Generation Z. Moderated by CES Outreach Coordinator Allison Haskins.

Emily Burrus is a World Language and French teacher at Pisgah High School in Canton, North Carolina. She is a product of the school system where she now teaches with a passion for sharing the Francophone world with her students. She was selected as the Pisgah High School Teacher of the Year in 2015 and the 2018-2019 prof de l’année for NC-AATF, and earned the Global Educator Digital Badge designation from the North Carolina State Board of Education in 2018. Emily served as a 2019-2021 UNC-CH and Duke University Area Studies Teacher Advisory Council Board Member and was recently selected as a Haiti Teacher Fellow. Outside of teaching, she loves traveling, crafting, snow days and coffee!

Allison Haskins (co-moderator) is the outreach coordinator for the UNC Center for European Studies. Allison studied abroad as an undergrad at Justus-Liebig-Universität Giessen, in Giessen, Germany and returned to Germany to complete her Master’s in European-American Studies at Universität Regensburg, in Regensburg Germany. She wrote her master’s thesis on data privacy and differences in privacy cultures between Europe and the US. She is an avid Model European Union (MEU) participant and organizer. She participated in MEU Mainz 2017, the inaugural MEU Scotland 2017, MEU Brussels 2018, and was part of the organizing team for the inaugural MEU Paris 2018. In addition, Allison has interned with the Atlantic Academy in Kaiserslautern, Germany, volunteered for the Federation of German-American Clubs, and interned with the European Parliament Liaison Office in Washington D.C., and the European Parliament in Brussels, Belgium. She speaks fluent German and beginner Turkish.

Scott Cullinane (co-moderator) is the Executive Director of the US-Europe Alliance, a bipartisan non-profit organization founded in 2019 dedicating to mobilizing citizens of the United States to advocate for the enduring strategic and economic alliance between US and Europe. Scott is an expert in US-European relations with extensive experience working for Congress and advocacy organizations. From 2011-2018 Scott served in various positions with the US Congress, including as the Professional Staff Member for the House Foreign Affairs Europe Subcommittee where he covered a broad jurisdiction, including the European Union, Russia, Ukraine, Turkey, and Central Asia. Scott’s work has focused on issues of democratic transition, rule of law, and national security. He has also worked as an election observer with the OSCE. Scott is a graduate of the Institute of World Politics in Washington and has completed course work at John Cabot University in Italy and Central European University in Hungary. He is currently based in Washington, DC.

The US-Europe Alliance’s Transatlantic Chats series features concise conversations where voices from Europe and across America offer their take on the latest in US-Europe relations. 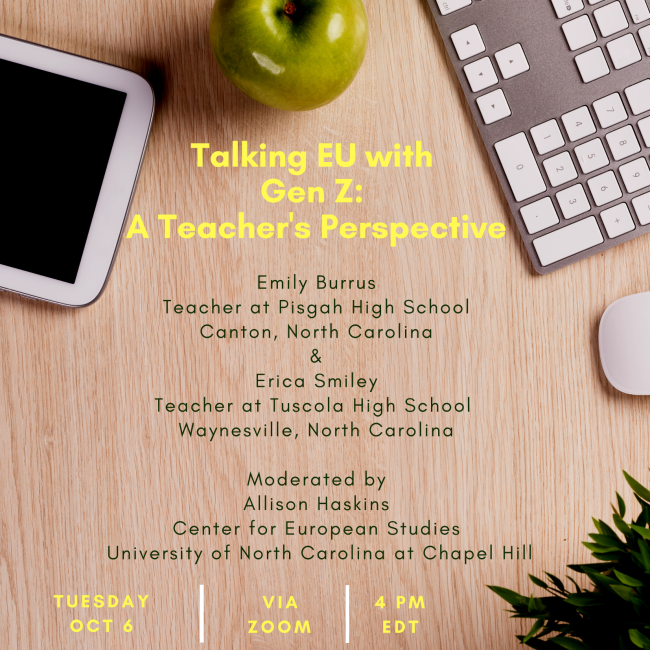