Ambassador Deborah McCarthy will give the lecture, “Russia and the Baltics,” on Monday, March 22 from 4 p.m. to 5 p.m. via Zoom. Ambassador Ronald Neumann, president of the American Academy of Diplomacy, and Barbara Stephenson, vice provost for global affairs at UNC-Chapel Hill and a former U.S. ambassador, will provide a welcome. Graeme Robertson, director of the Center for Slavic, Eurasian and East European Studies and professor of political science at UNC-Chapel Hill, will introduce Ambassador McCarthy, whose talk will conclude with an opportunity for questions from the audience.

The lecture is the launch of a larger collaboration between the American Academy of Diplomacy (AAD) and UNC-Chapel Hill on the production of The General and the Ambassador, a well-recognized podcast series hosted and produced by Ambassador McCarthy that focuses on how senior U.S. military leaders partner with senior U.S. ambassadors on national security challenges overseas. 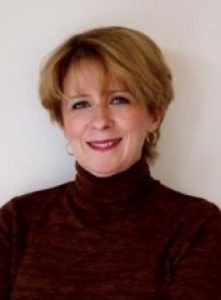 Ambassador Deborah McCarthy is an expert on U.S. foreign and national security policy with over 30 years of diplomatic experience. She was the U.S. Ambassador to Lithuania 2013-2016.

Currently, she is a senior fellow at Harvard University. Previously she was a visiting fellow at the Finnish Institute of International Affairs. During her diplomatic career, Ambassador McCarthy served as the deputy US ambassador in Greece and in Nicaragua. In Washington, she was the principal deputy assistant secretary of state for Economic and Business Affairs, deputy assistant secretary for Narcotics and Law Enforcement, senior advisor for Counter Terrorism and Special Coordinator for Venezuela. Other diplomatic postings include Montréal, Rome, the Dominican Republic and Haiti.

Ambassador McCarthy received a bachelor’s degree in economics from the University of Virginia and a joint master’s degree in economics and foreign service from Georgetown University. She serves on the Board of the American Academy of Diplomacy and is a Trustee of the Command and General Staff College Foundation. She is a member of the Advisory Council for the master’s program in Foreign Service at Georgetown University.

About The General and the Ambassador Series

UNC Global, through the partnership of the Office of the Vice Provost for Global Affairs and the College of Arts & Sciences, is partnering with the AAD on this project as part of a wider initiative to strengthen UNC-Chapel Hill’s capacity for educating students about the practice and theory of U.S. diplomacy and to expand Carolina’s digital learning platforms. The series covers U.S. diplomatic and military engagement in Iraq, Afghanistan, Pakistan, the Horn of Africa, Greece, Russia, Georgia, the Philippines, Japan, South Korea, Haiti, Latin America and more.

Watch this introductory video on the series.