As an academic institution rooted in the study of transatlantic society, the UNC-CH Center for European Studies recognizes and celebrates the racial and ethnic heterogeneity that is — and has been — the reality of European and American ways of life.

Beginning in February 2021, CES invites the members of our community to join us in discovering, celebrating, and honoring the Black and Afro-European figures, texts, and movements that continue to shape transatlantic discourse. Below, we offer lesson plans, links to exciting resources, and profiles of influential Black and Afro-European individuals.

If you would like to suggest an addition to this page, please let us know by emailing europe@unc.edu!

Authored by Dr. Priscilla Layne, (UNC-CH) Associate Professor of German, Adjunct Associate Professor of African, African American, and Diaspora Studies, and Jean Monnet Center of Excellence Key Faculty Member, these lessons plans (in English and German) on W.E.B. Du Bois, Ika Hügel-Marshall, May Ayim, and the film Home? by Elliot Blue, provide a strong starting point for bringing Black history into the classroom. Rooted in topics of race, poetry, and German society, these lesson plans can be utilized in a variety of subjects, and open the door to understanding Germany — and Europe — as a multicultural and multiracial society. 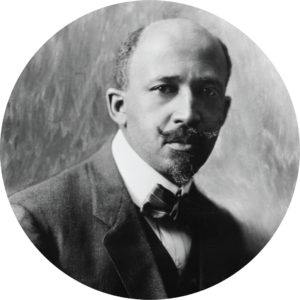 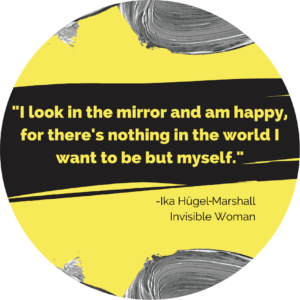 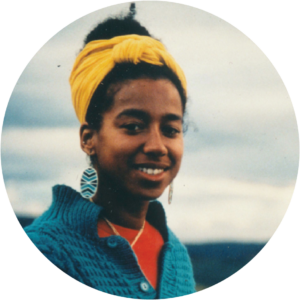 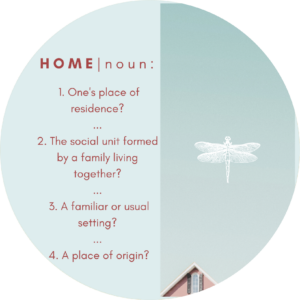 The Negro and the Warsaw Ghetto

Blues in Black and White

In addition to a collection of lesson plans, Dr. Layne is also the author of an essay on teaching Black History, entitled “Using Black German Studies to Dissect Race in the American Classroom.” Utilizing a comparative lens, Dr. Layne’s work illustrates the value and necessity of teaching Black History in a transatlantic context to help students understand race as a social construct, and to begin to investigate how this construct shapes and is shaped by society.

In addition to resources from UNC, we have compiled a list of external resources from around the web, including archives, interactive maps, and more!

An End to the Neglect of the Problems of the Negro Woman! Claudia Jones, 1949
Presents intersectional analysis within a Marxist framework. Focuses on multifaceted economic exploitation of Black women.

A Colored Woman In a White World (Mary Church Terrell)
Documents the life of a UK leader in the late 19th/early 20th centuries in the movements for civil rights, women’s rights, and world peace.

Black Skin, White Masks (Franz Fanon)
Applies a historical critique on the complex ways in which identity, particularly Blackness, is constructed and produced.

Mapping Black Europe (Book)
Scholars from both sides of the Atlantic work to trace black history and culture across the European continent.

Mobilizing Black Germany: Afro-German Women and the Making of a Transnational Movement (Tiffany N. Florvil)
An investigation of the role of Black women in building the Black German identity, and their role in international politics.

Showing our colors: Afro-German women speak out (eds. May Ayim, Katharina Oguntoye, & Dagmar Schultz)
Brings to life the stories of Black German women living amid racism, sexism and other institutional constraints in Germany.

The Negro and the Warsaw Ghetto (W.E.B. Du Bois, 1952)
Addresses connections between anti-Black racism in the US and anti-Jewish racism in Europe.

The Wretched of the Earth (Franz Fanon)
Analyzes the psychology of the colonized and their path to liberation.

To Exist is to Resist: Black Feminism in Europe (eds. Akwugo Emejulu & Francesca Sobande)
Brings together activists, artists, and scholars of color to show how Black feminism and Afrofeminism are being practiced in Europe today, exploring their differing social positions in various countries, and exploring the ways in which they organize and mobilize to imagine a Black feminist Europe.

White Rebels in Black: German Appropriation of Black Popular Culture (Priscilla Layne)
Shows how German authors have since the 1950s appropriated black popular culture, particularly music, to distance themselves from the legacy of Nazi Germany, authoritarianism, and racism, and how such appropriation changes over time.

Also by Mail (Olumide Popoola)
Modern family comedy-drama that follows the experiences of Nigerian German siblings Funke and Wale who fly to Nigeria to bury their suddenly deceased father.

Arriving in the Future: Stories of Home and Exile
Anthology of poetry and creative writing, uncovering hidden chapters of activism, history, and literature production in Black German communities and beyond.

“Blues in Black and White” (May Ayim)
Collection of poems and prose on what it means to be Afro-German.

Flowers, Bread, and Gold (Chibo Onyeji)
41 poems on the contemporary history of Africans and people of African descent in Austria.

Afro Germany – being black and German
News anchor Jana Pareigis interviews other Black Germans on their experiences with racism in Germany.

Black and British: A Forgotten History (dir. David Olusoga)
Explores the enduring relationship between Britain and people whose origins lie in Africa.

Blaxploitalian: 100 Years of Blackness in Italian Cinema (dir. Fred Kuwornu)
Diasporic, hybrid, critical, and cosmopolitan dimension documentary that uncovers the careers of a population of entertainers seldom heard from before: African-American and African descent actors in Italian cinema.

Sami Blood (prod. Lars G. Lindström)
Historical fiction following a 14-year-old Sámi girl. Exposed to the racism of the 1930’s and race biology examinations at her boarding school, she starts dreaming of another life. To achieve this other life she has to become someone else and break all ties with her family and culture.

While We Live (dir. Dani Kouyaté, Maria Larsson Guerpillon)
A powerful narrative film about Kandia, an African woman living in Sweden for 30 years who decides to move back to Gambia.

Adefra
A Germany-based cultural and political forum by and for Black women.

Black Cultural Archives
The only national heritage centre dedicated to collecting, preserving and celebrating the histories of African and Caribbean people in Britain.

The Black Archives
A unique historical archive for inspiring conversations, activities and literature from Black and other perspectives that are often overlooked elsewhere.

Each One Teach One
A community-based education and empowerment project in Berlin, founded in the context of Black, racism-critical resistance movements.

Initiative Schwarzer Menschen in Deutschland
An association representing the interests of Black people in Germany and standing up for justice for migrants.

Kanak Attak
A community of different people from diverse backgrounds who share a commitment to eradicate racism from German society.

Black Central Europe
A network of historians furthering knowledge about the Black Diaspora in German-speaking Central Europe in order to challenge racialized presumptions about history, national belonging, and citizenship in the region. Check out their interactive maps!

Black History Month Library
A collection of resources on Black history in the US, Europe, and beyond.

Herero and Nama Genocide
The US Holocaust Memorial Museum’s bibliography on materials about the Herero and Nama genocide that are in the Museum Library’s collection.

Inclusion and Diversity in German Studies | University of Waterloo
An introduction to racism, anti-Black violence, and Indigenous people as relates to German studies, especially in Canada. Includes resources on the following topics:

France refuses to talk about race. New protests could change that (Op-ed)
Op-ed from French activist and journalist Rokhaya Diallo on the summer 2020 Black Lives Matter protests in France.

Franco-Arabic Rappers in Paris
Long-form essay on exploring what it means to be French, Arab, and Muslim through hip-hop.

How Much More French Can I Be?
Op-ed by French-Algerian hip-hop artist Medine after suburban riots occurred in France in 2005.

Négritude
Essay on Négritude, a cultural movement launched in 1930s Paris by French-speaking black graduate students from France’s colonies in Africa and the Caribbean territories.

Staying Alive Through Brexit: Racism, Mental Health & Emotional Labour
Essay on the white fragility and colonial legacies in the United Kingdom after the 2016 Brexit vote.

What Black America Means to Europe
Essay by University of Manchester professor Gary Younge on the summer 2020 Black Lives Matter protests in Europe, and their multiple connections to the US.

#WhoAmI: Finding myself – Amin, Germany
Short video feature on Amin, a German with Egyptian roots, and the discrimination he faces in Germany.

The African Enlightenment | Yacob and Amo: Africa’s precursors to Locke, Hume and Kant
Long-form essay on 17th-century Ethiopian philosopher Zera Yacob and 18th-century philosopher Anton Amo, who was born and lived on land that is now Ghana.

A Visit to Afro-Sweden
Explores the music of artists from Africa and its diaspora living, or having been born in, Sweden.

Afro-Lisbon and the Lusophone Atlantic: Dancing Toward the Future
Explores the music of a network of DJs of African descent working in the suburbs of Lisbon, Portugal.

Closeup: French Afro-Colonial Memory and Music
Explores the music of artists in France and French-speaking African countries who are unearthing unknown periods of French colonial history.

Time Travel Through Afro-Paris
A look at 30 years of adventures with African music in Paris.

Race and racism in Poland
Interview with Dr. Bolaji Balogun (Department of Geography, University of Sheffield) on “histories of Poland’s colonial extraction and the impact of whiteness, religion and (polish) centrism on racialisation and racism.”

The Fight Against Racial Injustice Is Transatlantic
Interview with University of Manchester professor Gary Younge, on the way racism in the U.S. affects how Europeans think about racism in their own countries.

These Are the Issues Facing Afro-Swedes
Interview with Nike Sandberg, spokesperson for the Afro-Swede Network in Skåne, on her work and the situation for Afro-Swedes in the country.

We Belong
A podcast that gives a voice to the New Daughters of Europe.

Being Black in the EU
Examines the racial discrimination and harassment faced by people of African descent in the EU.

Samy Deluxe – “Superheld” (“Superhero”; in German)
Motivated by the lack of superheroes of color, Afro-German hip-hop artist Samy Deluxe sings about his son, his experience with racism, and what it means to be a minority in Germany.

“Do Black Lives Matter in Europe?”
Panel of US-based academics focusing on recent incidents of state-sponsored violence towards Black individuals in the United States and Europe and related protests and demonstrations.

Goethe-Institut Washington: “Radical Diversity: Los Angeles”
An episode of the Goethe Institute-organized “Radical Diversity” series. This episode features Dr. Priscilla Layne, (Associate Professor of German; Adjunct Associate Professor of African, African American, and Diaspora Studies, UNC-CH). The series is hosted by two Millennial generation voices from Germany, Max Czollek (“De-integrate Yourselves”) and Mohamed Amjahid (“Among Whites: What It Means to Be Privileged”). This episode focuses on political activism and diversity.

“Race and Policing in the EU”
Panel of US and Europe-based academics and practitioners on the situation of different ethnic and racial minorities across Europe when they encounter the police. Organized by the Institute of European Studies at UC Berkeley.

Raul Balai’s Artist Website
Raul Balai is an Amsterdam-based artist whose work explores exploitation and diversity in the European context.

A humorous and unflinching narrative of a Black European’s journey to finding “Home,” this short film builds awareness of belonging, oppression, and the beauty of affirming spaces. For a closer look at the film’s politics and context, Dr. Priscilla Layne has provided a lesson plan on Home?.
Watch the Film 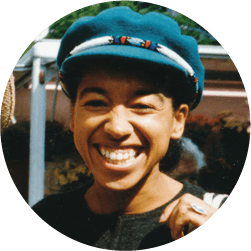 Black German poet and thinker May Ayim’s work was foundational for the recognition and scholarship of Blackness in Germany. A contemporary of Audre Lorde, Ayim worked to overcome perceptions of a racially homogenous, white Germany. Learn more about Ayim and her work with these resources: 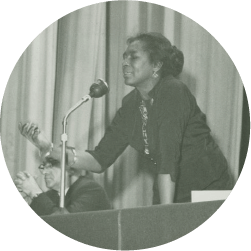 Claudia Jones: a pioneer of intersectionality and a leader for Black women in both the United States and Britain. Want to learn more about Claudia Jones’ career and the first Notting Hill Carnival that celebrated black pride and diversity? Check out the following resources: